It has been a while since my last posting and the reasons for that are myriad. For one thing, I had a cold, and for another we have had snow days which kept me at home doing things besides going online. Also, my grandmother passed away last weekend and the doings associated with that have taken up a considerable amount of time. I have managed to read a great deal though, and to try out a new recipe and that is what I wish to discuss.

First off the recipe. My father in-law sent me a great cookbook for Christmas called Mad Hungry: Feeding Men and Boys by Lucinda Scala Quinn. It was a great read and filled with recipes I wanted to try. The first one I attempted, with a great deal of help from my darling husband, was for hand-held chicken pies with a cream cheese pastry crust. They were fantastic! Many of her recipes make a large number of servings, and this was no exception. It was supposed to make ten, but I think we got our crust a little thinner than we were supposed to and we made twelve. Good thing too since Sunshine ate four for dinner and I put away three. (They aren't that big to be honest). At any rate, that only left five for the following day (today actually) so none are left to be frozen for a quick lunch one day which is what she recommends. These came into existence when one of her sons mentioned how much he had enjoyed Hot Pockets at a friend's house. Yeesh! I can't imagine telling my mother who was not a professional cook that Hot Pockets tasted good (since they don't, and they smell worse), so I shudder to think of her response to this. It worked out well for us though! I'm going to try another of her recipes tonight with the turkey burgers we are having. Parmasean topped baked fries.

I have also managed to read the following books since my last posting. I suppose I should have waited for Wednesday but what the hell. I've read: Nemesis by Agatha Christie, River of Darkness by Rennie Airth, Fleet Street Murders by Charles Finch, and The Disreputable History of Frankie Landau-Banks by E. Lockhart. I also started A Murderous Procession by Ariana Franklin. I make no apologies for being an avid mystery reader, and it is not surprising that most of ones I read are either by British authors or set in England since I'm a quite the anglophile as well. However, I do wish to broaden my reading habits and read books set in other countries besides the UK and the states.

Oh, and I ran across this on the site Jezebel and thought it was fantastic! I only wish I was of the age to participate, or worked with children who were. And I would really like to meet the kids in the featured video. 90-Second Newbery.

And I really need to figure out how to insert multiple pictures.
Posted by Librarian Who at 12:30 PM 1 comment:

One of the types of books that I am constantly purchasing is cookbooks. I have a LOT of cookbooks, and I realized over my Christmas break that while I read them, I haven't actually made anything (or much of anything) from many of them. Certain books are in heavy rotation while others have languished. So this year one of my goals is to make at least one thing (preferably more) from each cookbook I own.
I started this off today with The Deen Brothers Cookbook. Previously I had only made a soup from this book which wasn't particularly good. Today I made bourbon glazed pork tenderloin and goat cheese grits. The tenderloin was good, but would have been better if I had marinated it, but the grits were fantastic! I hope that for future recipe attempts that I will remember to photograph the results to share. But take my word for it, if you like cheese grits, this recipe is great.
Posted by Librarian Who at 2:34 PM 1 comment:

While planning out my course of attack for the read the alphabet and read my name challenges I realized that I have a dearth of titles on my to be read list that start with the letters I, Y and Z. In fact, I only have one Y and one Z. This makes me nervous since if I don't like those books I would either have to admit defeat or continue reading something I dislike. And you should all know my philosophy on reading stuff you don't like. So, any suggestions? I like a wide range of books so feel free to suggest anything, as long as it isn't written by a Palin or Snooki.
Posted by Librarian Who at 12:35 PM 3 comments:

This year instead of participating in a crap ton of challenges I am only going to do three. I am aiming to read 75 books this year, as well as retrying the Read Your Name Challenge since I didn't finish that one the way I had hoped. Technically I read my first name so I could count it. Finally, I'm doing a challenge of my own making. Read the Alphabet! Each book needs to start with a letter of the alphabet for a total of 26 books. The exception being x where words with x as the second letter count, like excellent, oxen, or axiom. Qualifiers like "A" and "The" do not count towards A or T, unless you are reading A if for Alibi. I'm very excited! At first I thought I would try to do it in alphabetical order, but I am hard at work on a K and want it to count.

What are your reading challenges going to be this year?
Posted by Librarian Who at 10:25 AM 3 comments:

Ok, I don't have anything to actually give the authors of the books I've deemed award winning, but I like to acknowledge the books that I thought were the best in the genres I read this year.

Best cookbook: Mad Hungry: Feeding Men and Boys by Lucinda Scala Quinn. This was a Christmas gift from my father-in-law, and while I have yet to make anything from it the book was a very good read and is filled with recipes that I can't wait to try. Runner up: Screen Doors and Sweet Tea by Martha Hall Foose

Best general nonfiction: The Happiness Project by Gretchen Rubin. I found it to be really inspiring and a very entertaining read. Runner up: Wicked Plants by Amy Stewart.

Best travelogue: Stephen Fry in America by Stephen Fry. As fun as it is to experience another country via armchair, it is amazing what you can learn about your own as well. Runner up: A Year in the World by Frances Mayes.

Best novel: The School of Secret Ingredients by Erica Bauermeister. It was a delightful read, the only drawback being that it makes you hungry. Runner up: The Help by Kathryn Stockett.

Best mystery: The Vanishing of Katharina Linden by Helen Grant. I kicked myself for not figuring it out. Great creepy read. Runner up: Dead Woman's Shoes by Kaye C. Hill.

Best children's book: A Bear Called Paddington by Michael Bond. Why on earth did I not read this as a child? Runner up: Howl's Moving Castle by Diana Wynne Jones.

I read 67 books in 2010, which is well shy of my goal of 100, but not too far off of 75 which is the most I've read when I've kept count. I completed all but two of my book challenges (read my name and the 100 book challenge) which I think is quite the accomplishment considering I got married. How about you? What are your favorite books from this year?
Posted by Librarian Who at 9:09 AM 1 comment:

Christmas books are a tricky thing. Sometimes the setting is only secondary to the plot which makes them not truly a Christmas read. Other times the author goes too overboard with Christmas and it winds up being overwrought. Typically my favorite holidays literary passages are one chapter in a children's book such as A Year Down Yonder or the Four Story Mistake. However, I have found a few Christmas books that are quite fun to read.

Nigella Christmas by Nigella Lawson. Yes, this is technically a cookbook, but Lawson's style is heavy on the narrative, and it is well written entertaining narrative at that. I don't know how many recipes I will make from this book considering I don't have ready access to goose fat and have no desire to eat a steamed pudding. It is a delightful read though.

Immoveable Feast by John Baxter. This is another food related book, but it is not a cookbook. It is a memoir of one Christmas where the author prepares the Christmas feast for his wife's French family. Each chapter focuses on the journey to obtain ingredients for a specific course along with related stories from Christmases past. I thoroughly enjoyed this book and highly recommend it, unless you have food issues in which case you might want to pass it by. It will make you hungry.

Stupidest Angel by Christopher Moore. I've blathered on about how much I enjoy this book in an earlier post ages ago, but it deserves another plug. It is a sort of Christmas Story for the literary set. (Yes, yes I know, that's actually a book too! But Schwartz goes on to die in the book and who wants to endure that?) Only with zombies, profanity and lots of sex. Delightfully wicked. The extra bit in the 2.0 edition doesn't really add anything, but it is nice to spend more time with the characters.

The Twelve Terrors of Christmas by John Updike and Edward Gorey. At a scant 32 pages, and predominantly illustrations this book is a delightful little truffle of naughtiness. Many things at Christmas are cloying, and the expectations to do so many things and do them perfectly can leave folks overwhelmed to say the least. This book skewers many of those traditions in Gorey's well known macabre way.
Posted by Librarian Who at 1:13 PM No comments:

It has been a while so this one will be interesting!

What have you been reading? Since my last post I have read the following books: A Year in the World by Frances Mayes, Clara's Kitchen by Clara Cannucciari, A Spy in the House by Y.S. Lee, Case of the Missing Servant by Tarquin Hall, Stephen Fry in America by Stephen Fry, Howl's Moving Castle by Diana Wynne-Jones, A Bear Called Paddington by Michael Bond, The Vanishing of Katharina Linden by Helen Grant, and Fifty Acres and a Poodle by Jeanne Marie Laskas.

What are you currently reading? I started Fever Crumb by Philip Reeve last night. I'm enjoying it, but not loving it.

What will you read next? I have the following books checked out: A Natural History of Love by Diane Ackerman, Dead Woman's Shoes by Kaye Hill, and one other mystery who's title escapes me.

Posted by Librarian Who at 9:22 AM No comments:

Librarian Who
I was the kid who got in trouble for reading during the math lesson, who now shops for and organizes all kinds of books for a community college library. Total book nerd, with passions for movies, domestic arts, science fiction, fantasy, and puzzles. Married to a wonderful man, Sunshine, who shares most of my passions.

At Home by Bill Bryson

"If I am not better, at least I am different." -Jean Jacques Rousseau

Movies I want to see

Movies I don't want to see

Quote of the moment 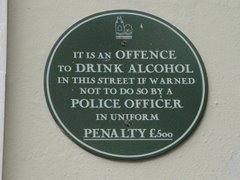 But only if warned not to...otherwise have a go! 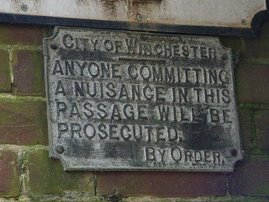